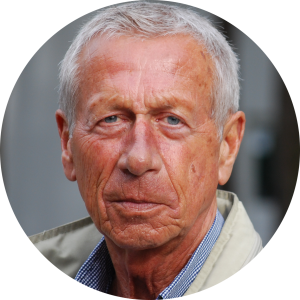 Dr.-Ing. Klaus Koehler
Chairman of the Board

Founder of the Saint Barbara Foundation. Among others he himself cleared anti-tank mines of II World War in Libya for eight years. This personnel experience was the main reason for his later engagement.

When he founded his own companies he looked back to 15 years engineering and management experiences in the iron and steel industry, producing industry and mechanical engineering. After planning, setting up and managing blast furnaces and steel plants he managed the office of the board of one of the biggest German steel companies.

He has passed the EOD courses of the German army in the NBC-Center in Sonthofen and the Technical Army School in Aachen.

His companies cleared chemical weapons as well as mines and ammunition at home and abroad. He himself was responsible by order of the German Federal Foreign Office for more than 10 years in the conduction of chemical weapon destruction in Russia. He himself also was engaged in development help in many countries of Africa. 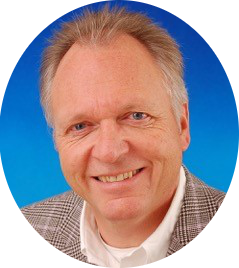 Klaus W. Rose, Dipl.-Ing.
Vice Chairman of the Board

He got his master degree in Physical Technologies at the University of Applied Science at Luebeck, Germany in 1982.

He started his career as R&D engineer and radiation protection officer. Later he hold management positions in Germany, France and Austria. In the years 1994-1996 he acted as chairman of German Industrial Chernobyl Consortia.

In 1999 he founded his own engineering company and developed international projects. Klaus W. Rose is an acknowledged expert in radiation protection and nuclear engineering.

Membership in the German/Swiss Radiation Protection Association, German Nuclear Society and European Aviation Group on Occupational Safety and Health (EAGOSH), Association of Friends and Supporters of the Juelich Research Centre. 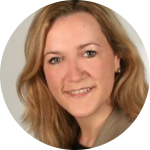 Mrs Dreier completed her studies of economics at the University of Hanover and Magdeburg. Subsequently, she began her professional career at Arthur Andersen and Ernst & Young as an auditor and later moving into consultancy. Her career took her among others to London and Australia.

Furthermore, she gained experience in corporate governance and compliance in her 3 years at the Australian Securities Exchange.

Since 2013 she is an honorary member of the Foundation and since November 2014 Member of the Board.